skip to main | skip to sidebar

Posted by Wonderful Sport Horses at 11:30 PM No comments:

A handsome colt by Rubino Bellissimo out of Imported Hanoverian States Premium Mare Winala who has exceptional pedigree: more than four generations of State Premium Mares! By the German Champion Riding Horse Wolkenstein II, who also won his stallion approvals. Wolkenstein II is by the legendary Weltmeyer and out of State Premium Mare Wolke (by Wendekreis). Winala’s dam is State Premium Mare Pincarla (Pinkus – Don Carlos). Winala is a lovely iridescent chestnut with correct conformation, elegance and movement to die for. True to her heritage, her foals are simply irresistable. Ricoco is the full brother of Rinala who was a breed show winner and was 4th in the mare class at the prestigious Devon breed show. This colt is a bona fide stallion prospect, showing great presence at only a few days old. Price $12,000 obo. Contact Dream Hill Farm or call Suzanne at 276-628-9090.
Posted by Wonderful Sport Horses at 11:41 PM No comments: 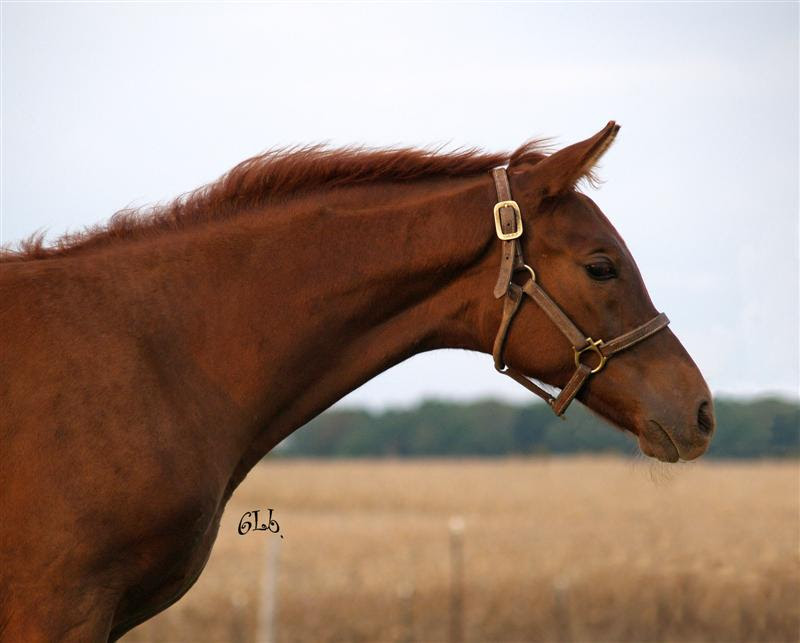 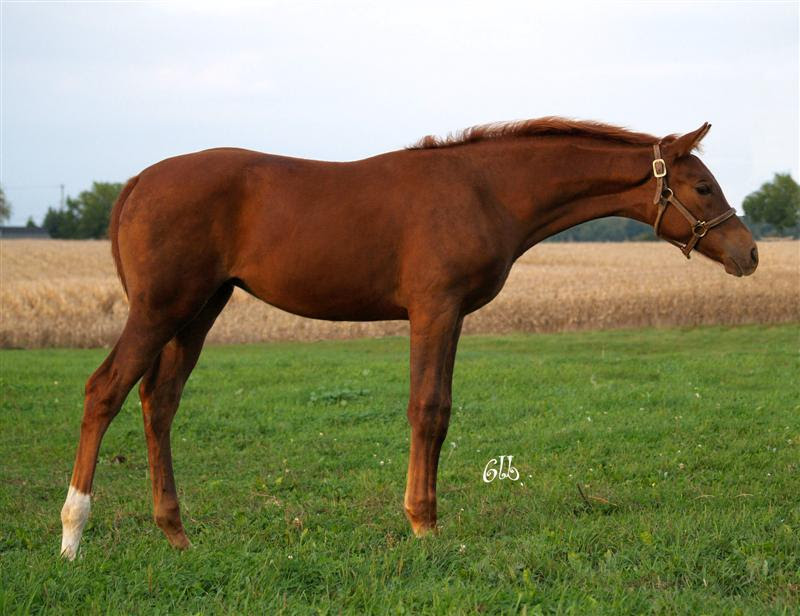 This beautiful and large filly is more than we ever expected! She is very elegant, tall, naturally upright and elastic with tons of suspension. She has a wonderful personality and is easy to handle. With her bloodlines she should be a great dressage horse or jumper! Rubino Bellissimo rivals the best young dressage stallions in and represents the epitome of a modern warmblood sporthorse. He is also now proven to produce modern and highly desirable riding horse type that will be suitable for both serious competitors and amateurs. In addition, his outstanding bloodlines will make his progeny valuable breeding prospects as well. Borghese is by the extremely popular Beach Boy (Lucky Boy v. Zues). Beach Boy was used extensively all over and his offspring commanded record prices at the European Auctions. He is well known for producing top show jumpers with modern jumping ability. Borhese’s dam, Anjella, has produced 5 approved stallion sons. $13,500 Contact Sheen Farm. View new photos as a yearling.
Posted by EliteHorseSales at 12:13 AM No comments:

Meet Victory : An intelligent, light mouthed and very scopey 2002 gelding by the great Burggraaf (see pedigree) with exceptional athletic ability, and work ethic. A very careful top competitive jumper well suited for an experienced amateur or pro. Shows 1.30 cm and has been schooling 1.40 cm in snaffle. Already qualified for YJC final for 2008 in only four shows. (Photo by Mark Muntean)

Victory is a true black beauty with shining all black coat and a handsome face. Standing 16.3+ 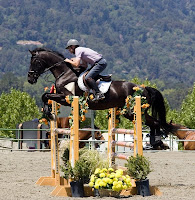 hands with modern conformation, uphill build and natural balance. Price will increase after he participates in the championships at the Show Park in Del Mar and the young jumper championships in Mexico. 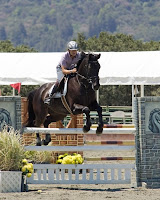 An excellent investment prospect for a jumper or equitation rider who likes a well bred beauty with exceptional athletic potential, intelligence, and rideability. Serious inquiries only. Email or Call Golden Oak Farm 650-868-0175.
Posted by Wonderful Sport Horses at 11:10 PM No comments:

Solid Second level dressage including shoulder-in, Haunches-in and Leg yield. No vices, willing and wants to please. Super friendly on the ground. Good on trails cruising by himself or with others. Not spooky. Lunges, round pen trained, started at 4 yo, trailers and ships well. 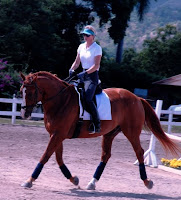 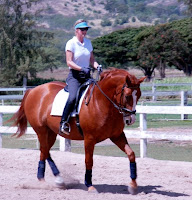 Wondermann was bred and born on the island of Maui and has made the barge ride from Maui to Oahu across the ocean three times and is a super shipper. 15-16 hours on a barge. Doesn't even flinch at huge forklifts and cargo being loaded all around him. He is on Oahu now and this makes shipping to mainland much easier. DVD availible. Very reasonably price at $27,000. Contact Patricia Morine at 808-572-9438 or email.
Posted by Wonderful Sport Horses at 10:13 PM No comments: 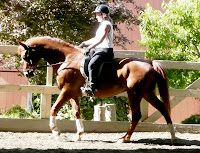 SOLD - 8-year-old gelding by Wonderful out of registered Hanoverian mare from Pik Pube line. 16.1+ hands, Chestnut with chrome (like Dad). Full brother to the mare Walkure (sold). Beautiful stallion like conformation with sweet personality and loves trails. Solid dressage training up to second level; also talented in jumping. One 58-years-old lady owner who rides him everywhere. Owner's family committments cannot offer this talented horse the attention he deserves. Currently asking $29,500 price will go up with training. For more information, please contact Grace Sporthorses. 530-795-3405 or email.
Posted by EliteHorseSales at 9:53 PM No comments: 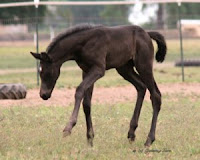 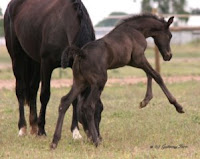 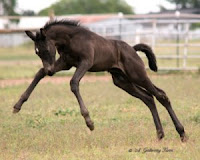 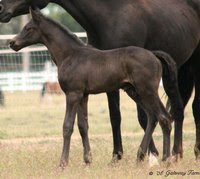 This true black colt is by the 16.3 hh Hanoverian stallion, Montserrat, who was champion at his stallion licensing in Adelheidsdorf, and he is out of the black Oldenburg mare, Rafiki (Rotspon), who was a premium filly at her Oldenburg inspection. With his regal pedigree, Mufasa is expected to be an FEI prospect. Mufasa has outstanding conformation and good looks, and he is already displaying lovely round and uphill movement while playing in the pasture. He is a true Black Beauty! Offered by Gateway Farm. (209)759-9700.
Posted by Wonderful Sport Horses at 9:34 AM No comments:

Registered and branded Oldenburg that is also a Half Arabian. Weltwunder +++/ received the prestigious Premium Foal Award and Reserve Champion at the Oldenburg Inspection at Lilo Fore's. He is sired by the German FN #1 young sire Wonderful, who is sired by the "Stallion of the Century" Weltmeyer.

Multiple High Point Dressage Championships and In Hand Championships under such prestigious judges as Hilda Gurney, Peter Lert and more. Scores consistently at 9.5 in walk and trot and 8's & 9's on general gaits. Scored in the 70 percentile at Training and First level and currently showing and winning at Second level (first time shown 2nd level won Region Champion). His brother Winwood is currently on United States Equestrian Team developing horse list. His cousin Sagacious, was ridden by Lauren Sammis to a first place for Team USA at the 2007 Pan Am Games.

An experienced show horse, Weltwunder +++/ earned Legion of Supreme Honor and Supreme Merit before the age of 6. He also earned:

Presently Schooling Third level. He has balanced, floating gaits that are a pleasure to sit and his show record prove the judges love him. For the serious competitor, with his lineage along with his own achievements Weltwunder is your next FEI prospect.

Posted by EliteHorseSales at 10:27 PM No comments:

Elegant mare by Rubino Bellissimo out of AHS mare by Batido (Bolero X Wendekreis), which gives her two crosses to this valuable “B” line in addition to being a Rubinstein granddaughter. This blood guarantees super rideability. Although she has been used mostly as a broodmare, she received 90 days pro training in ’07 and proved to be not only talented, but very willing and extremely safe. Ruby would be suitable for a young rider or an AA – she adores people and is extremely social towards everyone. She is a total charmer – you will fall in love with this unique gal. Her pedigree points towards dressage or lower level eventing (Ruby loved the jumping chute!). She is approved AHS and RPSI. Ruby has had two foals, including RPSI inspection-site winner “Sef,” (Sempatico) in ’06. Sef not only was awarded a Gold Premium grading, but his score of 8.3 ranked him in the top 20 in the nation of the 600 foals inspected that year! I would prefer Ruby go to a home where riding would be her primary job, as she seems to crave more human attention. She is modestly priced at $15,000 to insure flexibility in this matter. I will even consider payments for the perfect owner. Contact Katrina at (208)265-4837 or email recklessheartranch@verizon.net for more info and an extensive video. Click here to see a short video.
Posted by EliteHorseSales at 10:12 PM No comments: 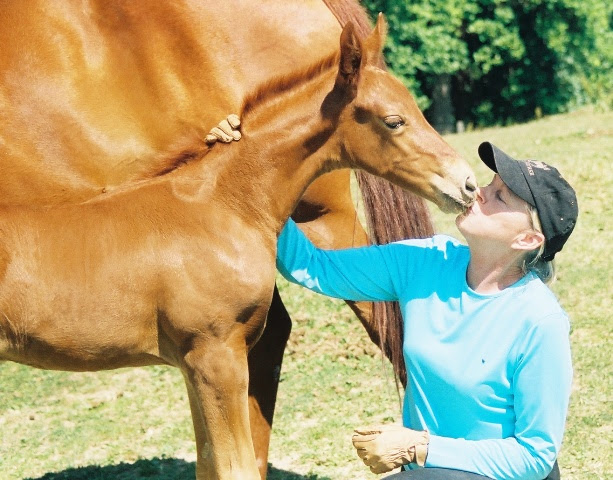 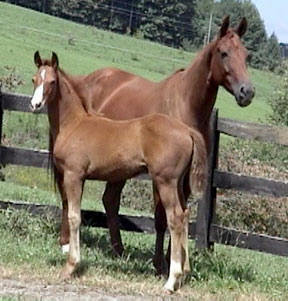 Ritz Poshe is a full sibling of Rinala (see picture right as a foal.) Rinala was born in 2003 and achieved 4th in the Mare class at the prestigious Devon Breed show in 2006. This filly is just as nice if not nicer! Superb topline, leggy and elegant. She is sweet and gentle; will be a dream to ride and a great addition to any breeding program. Take a look at her video: youtube.com/dreamhillfarm Contact Dream Hill Farm 276-628-9090.
Posted by EliteHorseSales at 12:08 AM No comments:

Wonderful was ranked #1 young sire by German FN with dressage breed index of 156 in year 2000, 5 years after he was sold to Wonderful Sport Horses. This ranking was based on his offspring's competition records in Germany. His 8-year-old imported son Winwood has been winning at Intermediare-II in the US. Many offspring are winning at inspections and breed shows and young horse classes. Wonderful's reproducibility is truly proven. Do not miss the opportunity to own a horse that can be in the best of the German league!